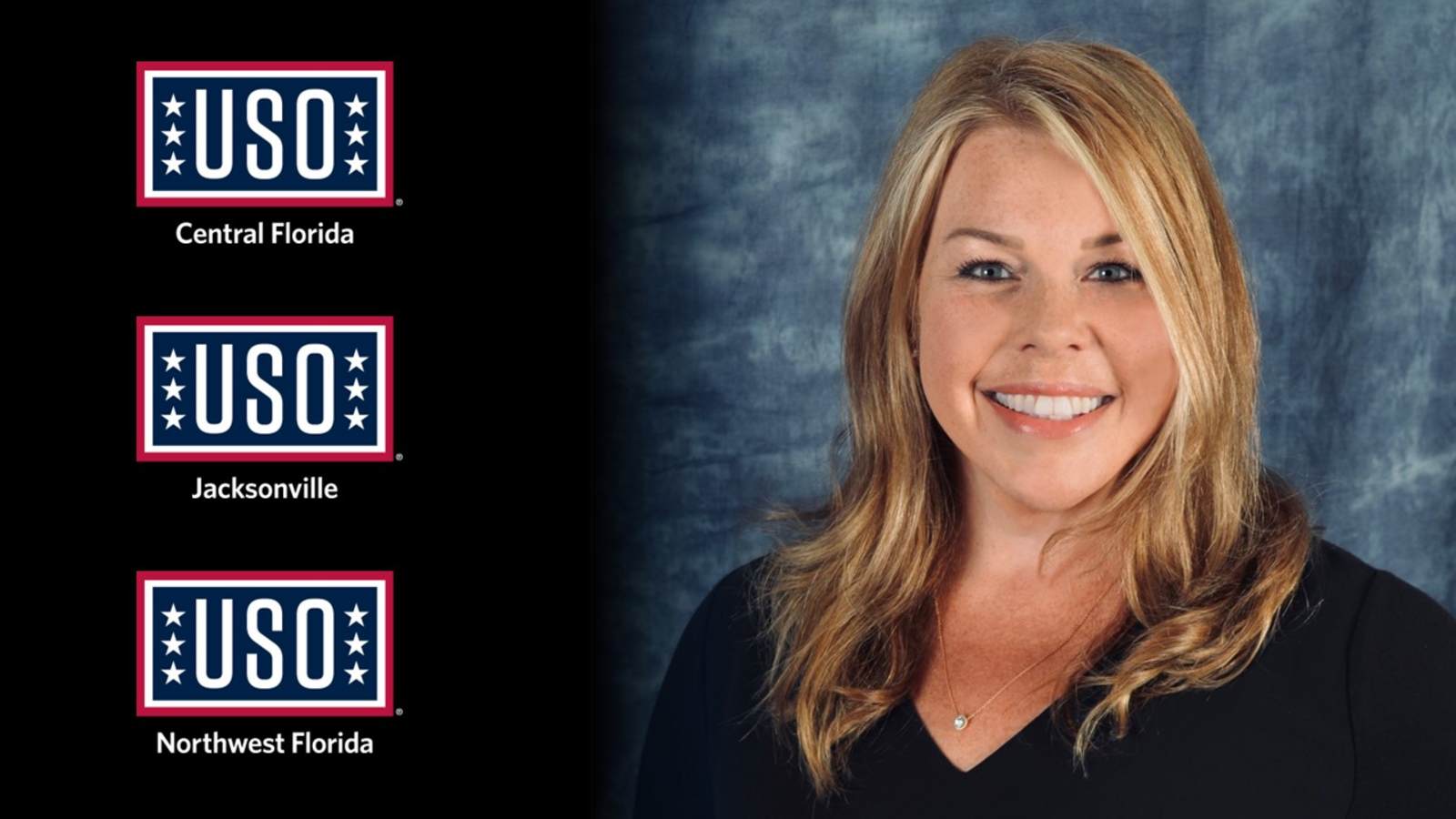 The USO recently reorganized all USO operations in Florida under one Executive Director to enhance program delivery and increase the USO’s organizational strength throughout the state.

Cervantes will be responsible for the leadership and oversight of all USO service delivery across the state, including ten USO fixed centers located at numerous locations to include Jacksonville, Pensacola, Orlando, and Tampa.

“After a thorough selection process, the USO is pleased to share that Dana Cervantes will lead USO Florida in navigating and expanding the support for our military members and their loved ones throughout the entire state of Florida,” said Sarah Kemp, Director of Operations, USO Southeast Region. “She brings years of management experience and a passion for our noble USO mission. I have no doubt that under her leadership she will guide USO Florida to achieve great heights and have a lasting impact on the thousands of service members and their families who call Florida home.”

Cervantes’ involvement with the USO began in 2007 while she was a radio personality from a local station and traveled to some dangerous places in Iraq and Kuwait to deliver letters from home to active-duty service members. USO Northwest Florida provided phone cards to give to the service members deployed, and a respite for her as she traveled through the Middle East region.

She continued the holiday trip to deployed zones in 2008 and 2009 and when the opportunity arrived to work for the USO in 2012, Cervantes was selected as USO Northwest Florida’s Operations and Programs Manager and later promoted to Executive Director.

Cervantes has a proven track record of program, management, and fundraising results. She is a military spouse and has been with the USO for over ten years. Most recently, she managed the development and construction of the largest USO Gaming center in the world; a 2,500 square foot USO Gaming center and café, featuring 24 gaming stations, located at Eglin Air Force Base.

Cervantes strategically aligned corporate, foundation, and state government donors with USO programs which resulted in hundreds of thousands of dollars in funding support for the organization. Cervantes’ years of leadership experience in nonprofit management will help the organization continue an already impactful mission across the state.

“I am truly honored to be a part of the USO mission to keep our military members connected to family, home, and country throughout their service to the nation,” said Cervantes. “The USO has a long tradition of providing vital support to our nations armed forces and I humbled to be part of this renowned organization and enhancing the USO’s service and support throughout Florida.”

During her 10 years with the USO, Cervantes has been awarded USOvations in 2013, 2019 and 2020 for her amazing and impactful work.